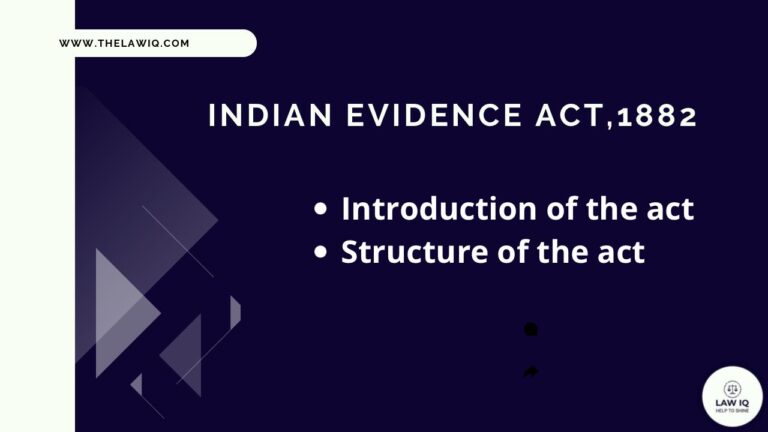 Here, Evidence is derived from the Latin word called Evidens or Evidere,  which means to show clearly, to make clear to the sight, to discover clealy, to make  plainly certain, to ascetain, to prove.

evidence, in law, any of the material items or assertions of fact that may be submitted to a competent tribunal as a means of ascertaining the truth of any alleged matter of fact under investigation before it.

In short, Evidence means the testimony, wherther oral, documentary or real which may be legally received in order to prove or disprove some fact in dispute.

In other way, Evidence means from which an inference may logically be drawn as to the existence of a fact. It consists of proof by testimony of witnesses, on oath, or by writing or records.

Evidence  in its relation to law includes all the legal means exclusive of mere arguments which tend to prove or disprove any fact the truth of which is submitted to judical investigation. This term and the word proof are often used as synonymous but latter is applied by accurate logicians rather to the effect of evidence than to evidence itself.

So, evidence means a certain thing which help to prove or disprove any fact and gives truth of the fact during judicial investigation.

Indian evidence deals with the admissibilty of evidenes, means what kind of evidence admissible in court of law during judicial investigation. Indian evidence act introduce a more correct and uniform rule of practice than was previously in vogue.

This Evidence act prescribe rules for the admissibilty or otherwise of evidence on the issue as to which the court have to record findings.

Main Principle which underlie the Law of Evidence

the another important thing is that: the evidence act has no application to enquiries by tribunals, even though they may be judicial in character.

a body of laws, is divided into two categories:

But the law of evidence neither comes under substantive law nor under procedural law, rather it is a subject matter of ‘adjective law’, which defines the pleading, evidencing and procedure with respect to substantive laws. The general meaning of ‘Evidence’ is ‘a body of facts and information indicating or adjudicating the values of any facts or evidence

the law of evidence is an “adjective law” and also has retrospective effects.

⇒  So, Here part 1 deals with RELEVANCY OF FACTS.

⇒ Part 2 deals with ON PROOF

⇒ Part 3 deals with PRODUCTION AND EFFECT OF EVIDENCE

Indian Evidence act comes into force on 1st september 1882.  and the act contains 11 chapters and 167 sections and which is divided into three parts.

Simply evidence means Evidence means the testimony, wherther oral, documentary or real which may be legally received in order oto prove or disprove some fact in dispute.