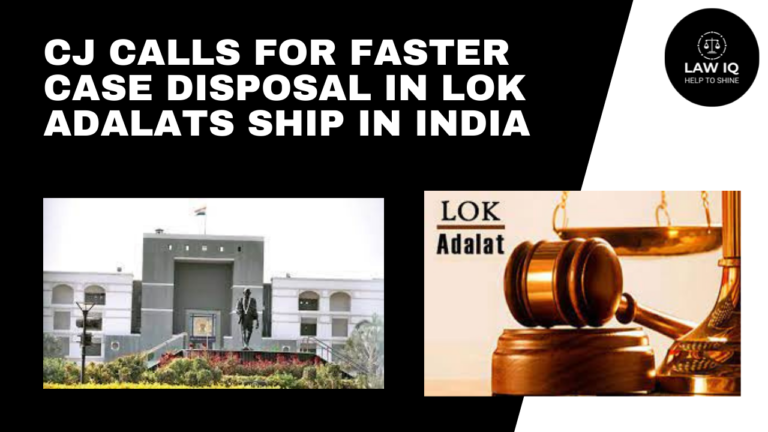 Ahmedabad: Chief Justice Aravind Kumar of the Gujarat high court rued the decline in the performance of the Gujarat judiciary in the disposal of cases during Lok Adalats that are held from time to time. On Monday, the CJ called for pro bono service from senior advocates for disposal at Lok Adalat sittings. He recalled how Gujarat’s judiciary was the first to hold a Lok Adalat in April 1982 and remained on top

among all states in the disposal for 11 years. “We have stepped down to number 17 or 18 now. We want to put Gujarat on the judicial map at No. 1 in the country. It requires cooperation from members of the bar,” he said. The issue arose when senior advocates insisted on the imposition of costs on a litigant when his lawyer requested for an adjournment. To this, Justice Kumar said the best way for a senior counsel to pay costs is to help dispose of 500 cases in a Lok Adalat.